It is when we are tired at the end of term that we become more aware of the needs of our students to continue developing the skills of emotional regulation.

Fatigue makes it harder for all of us, in particular our children, to recognise and regulate their emotions. You may ask what is emotional, or self-regulation?

The holiday will provide some ‘down time’ for your children to ‘reset’. It is important that they get some lazy days to rest and recover during the holidays so that they are ready to resume learning in the school community after the holidays.

Self-regulation is the ability to understand and manage your behaviour and your reactions to feelings and things happening around you.

It includes being able to:

Why self-regulation is important?

As your child grows, self-regulation will help them:

Visit this website for more information and some strategies:

Thank you for your support of Brodie as he Shaved for a Cure this week! We are proud of you Brodie for showing that individuals can make a difference!

We have had a very productive term of learning at St Pat’s. Our Literacy and Numeracy Instructional leaders Mrs Kite, Mrs Perryman and Mrs Fraser have been working with teachers and students in Kinder to Year 2 ensuring our students are making progress in their learning. The reading progress in the early years is a particular story of success! You may be aware that Mrs Perryman also works alongside the teachers in Year 3-6 so that as a whole school our focus on how we teach (pedagogy) is consistent in support of developing learners who are growing their independence in learning.

Thank you for working with us in support of your child’s learning in Semester 1.

Enjoy the holiday with your children,

There will be an opportunity to meet with your child and their class teacher early in Term 3 to talk about learning and the goals for Semester 2.

Mrs Perryman: So, what is the Global Cardboard Challenge Mrs Scott-Pegum?

Mrs Scott-Pegum: All the children, in the hall, with lots of cardboard boxes, masking tape, scissors and their imagination.

Mrs Scott-Pegum: and the children create what-ever they would like to create.

Mrs Perryman: All the children, at once, in the hall, with scissors?

I interviewed some of the students and this is what they had to say: 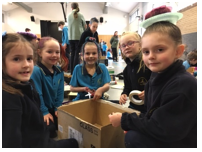 We are making a pool, Taylor is the octopus, Bella has the donut on her head for the octopus to eat.

We are making a dinosaur. 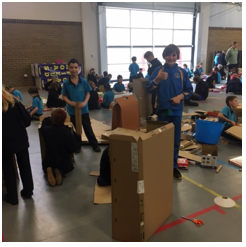 We are making an arcade; an Iron Man, World Champion of Darts and Strong Man. 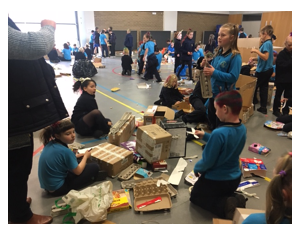 Our plan is to make a sea scene, we are all making our own part but helping each other. 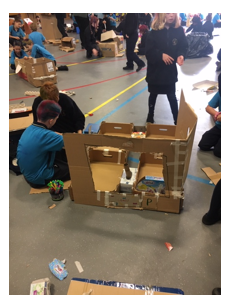 We are making a candy car, we found a box with candy on it and that gave us an idea.

We are making a fortress, we are all going to get in it. It has a toilet and a lock.

All the children, in the hall, with lots of cardboard boxes, masking tape, scissors and their imagination….

Mrs Perryman: Mrs Scott-Pegum, that was awesome, I loved it.

Mrs Scott-Pegum: I know, so much learning, thinking, asking, collaborating and fun!

As of Term 3 the canteen will no longer be able to issue refunds or hold canteen orders over. If your child is absent please cancel your order through QKR by following the instructions below.

To allow for cancellation of orders parents can now place an order or cancel an order up until 9am Monday. 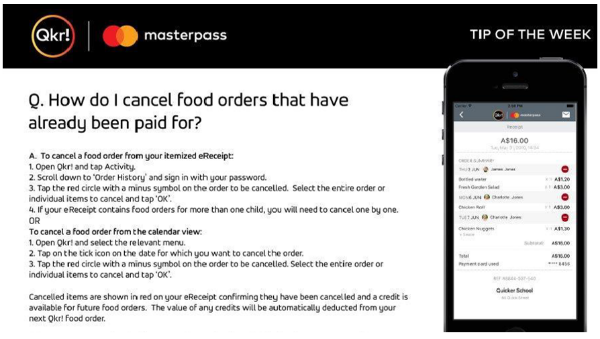 The uniform shop will be closed during the school holidays. During the holidays please continue to place your orders on Qkr and they will be filled in the first week of term 3.

As of 1 July, Uniform shop is now officially cashless! Orders placed on Qkr are quick and easy and payment can be made using your credit /debit card. We distribute Qkr orders to your child's classroom on Tuesdays and Fridays. Orders received before 9am on those days will be delivered the same day.

We always welcome new volunteers so if you are interested please don't hesitate to fill out the Community Council invitation to become a member of the Uniform Committee. Uniform shop is run entirely by parent volunteers so any help you can give is greatly appreciated!