Save the URL of this page to edit these details later. You will be able to edit this event until it is confirmed by an Administrator.

Last Thursday 11 St Pat's students travelled to Canberra to be part of the Southern Region Team at the Archdiocesan Athletics Carnival. In spring like conditions the children competed to the best of their ability. We had a couple of first timers who had a few nerves but managed to overcome them. At this level only the first two competitor’s will travel to Sydney for the trials, to be part of the MacKillop Team.

These 3 children move forward to the MacKillop Trials. Lincoln Thompson claimed third in the Jnr boys shot put and received a ribbon for this.

The MacKillop Trials will be held in Sydney mid September.

It's that time of year when winter sports are reaching the finals. Many of our student’s are involved in finals over the coming weekends. We will have children competing in rugby league, hockey and soccer.

The Bega Devils Soccer Team is one of these teams and half the side is made up of St Pat's children. This team is through to the Grand Final this weekend. 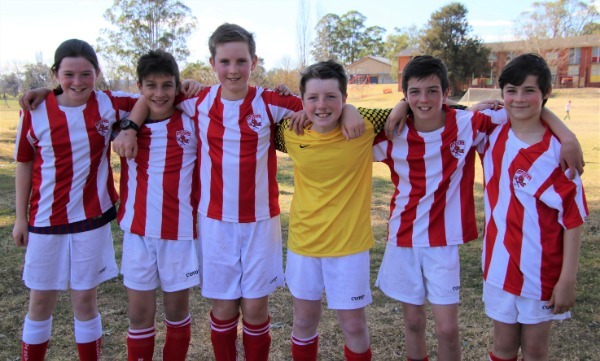 Good luck to everyone who is playing in finals over the weekend.